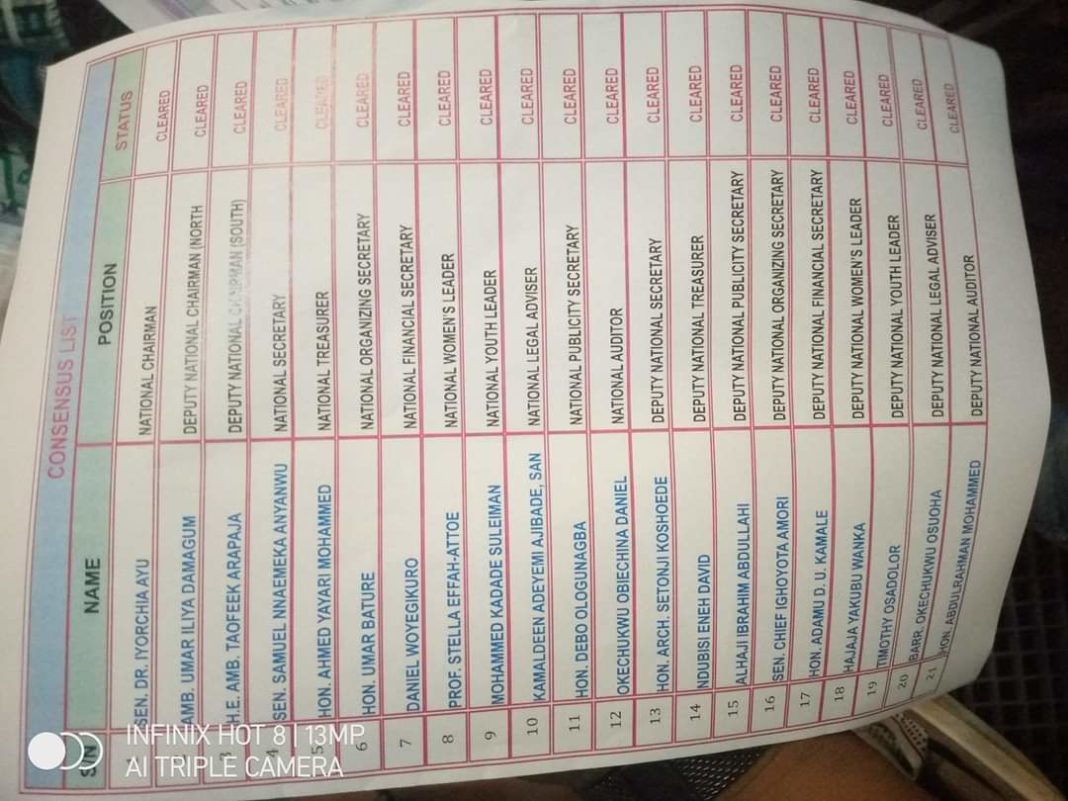 Former governor Prince Olagunsoye Oyinlola has been technically knocked off the race for the deputy national chairman (south) of the Peoples Democratic Party (PDP) as his name is conspicuously missing in the consensus list that has emerged at the ongoing national convention.

Ambassador Taofeek Arapaja is the sole name indicated for the post in the list-making him the preferred candidate for the post.
Also missing is the name of Hajia Inna Ciroma who had insisted on contesting the office of the national deputy chairman (north).

Umar Ilya Damagum has been selected by the party as he is the name appearing on the list for the position.