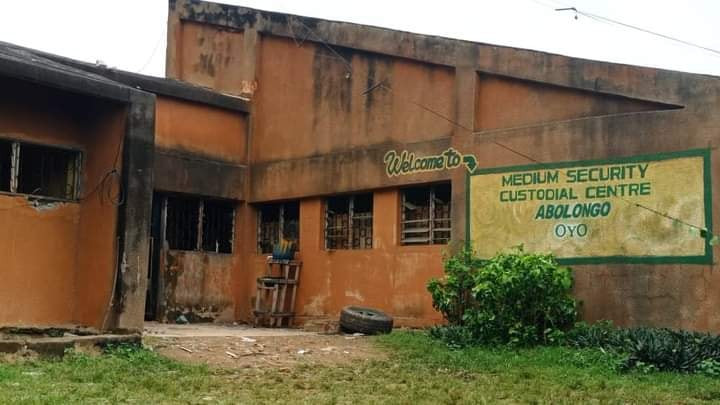 Barely four days after it was attacked by suspected bandits, the Abolongo Correctional Facility located in Oyo town, Oyo State suffered an explosion on Tuesday afternoon, The Publisher Nigeria gathered.

It was learn’t that the explosion which caused panic among residents of the area occurred outside the prison facility.

It was learned that the bomb which exploded was one of those planted by the gunmen during the Friday attack which refused to go off.

However, no casualties have been recorded and security operatives have paid a visit to the scene to assess the extent of the damage.

In other news, the proscribed Indigenous People of Biafra (IPOB) has condemned the statement by the presidency that the arrest of its leader will lead to an end of the group.

The group said contrary to what the Presidency thinks about the group, the Nigerian government has committed an international offence by arresting Nnamdi Kanu and repatriating him back to Nigeria.

It added that the presidency displayed a high level of cluelessness and ignorance by assuming that the arrest of its leader will automatically result at the end of the group’s agitations.

IPOB in its statement by its spokesperson, Emma Powerful further stated that it will drag the Nigerian government before the International Criminal Court (ICC) where they will be taught “in the language they understand.”

The separatist group made the submissions in a direct reaction to an earlier statement by the presidency through the President’s senior special assistant on media and publicity, Garba Shehu in which the government described IPOB as delusional, adding that the arrest of Kanu will lead to the demise of the group.

But Powerful has now in a counter-statement submitted that the Nigerian government has just given the international community proof that it is high-handed in its dealings and out to discredit IPOB which is a peaceful group by all means.