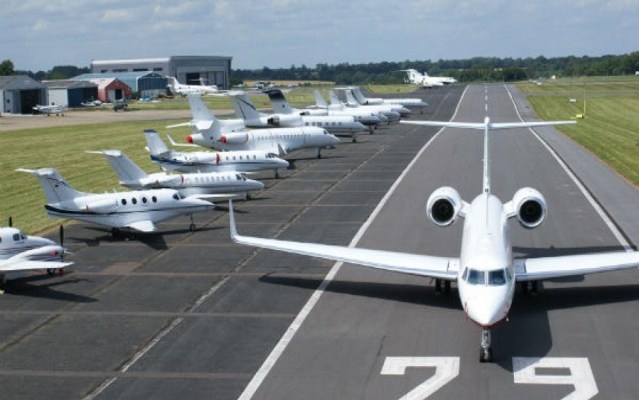 The Nigeria Customs Service (NCS) has moved to impound 29 private jets as it released the verification report of privately-owned airplanes in the country on Tuesday in Abuja.

The Publisher Nigeria gathered that the NCS in its verification report threatened to impound 29 private jets for failure of the owners to pay statutory import duties.

This was disclosed by the spokesman to the Nigerian Customs Service, Mr Joseph Attah, at a news conference, where he said that the 29 airplanes would be impounded if the owners did not show up at the expiration of the 14 days ultimatum given, according to NAN.

What the NCS Spokesman is saying
Attah said the 29 private jets/airplanes owners and or their representatives were issued with demand notices on October 11 and were given 14 days to make payments to designated Federal Government accounts.

He said they would be issued Aircraft Clearance Certificates after payment.

Attah said, “Owners of private aircraft for which no presentations were made for verification, and whose status remains uncertain are requested to immediately furnish Customs Service with documents for verification and clearance.

“To this effect, all 57 commercial charter jets or aircraft operators who presented their documents for verification are requested to come to the Nigeria Customs Service Headquarters, Abuja, to collect their clearance certificates.

“All 29 private jets/aircraft owners and or their representatives who have been issued with demand notices have 14 days from Oct. 11 to collect and make payments to the designated Federal Government accounts. They will be issued with Aircraft Clearance Certificates after payment.’’

Going further, he urged that all those that are concerned should avail themselves of this opportunity, as Customs would not hesitate to activate enforcement procedures on identified defaulters.

Attah also told newsmen that the Federal Aviation Authority of Nigeria had been put on notice to ensure that only privately-owned airplanes cleared by Customs were allowed to operate within the country’s airspace.

What you should know
Recall that on May 31, the NCS announced its plan to verify import documents of privately-owned airplanes in the country. The exercise took place between June 7 and Aug. 6 at the Tariff and Trade Department of the Service.
NCS explained that within the stipulated period, 86 private jets or airplane operators were available for the exercise and presented relevant documents for verification adding that 57 of them were verified as commercial charter operators and were duly cleared for operations.

In August 2021, the NCS announced that 30 of the verified 65 private planes in Nigeria will have to pay duties to the Federal Government.
The NCS said the airplanes came into the country by Temporary Importation agreement which allows them to bring the jets without payment because it was secured by bond, adding that many owners refused to pay on the expiration of the agreement which necessitated the verification.