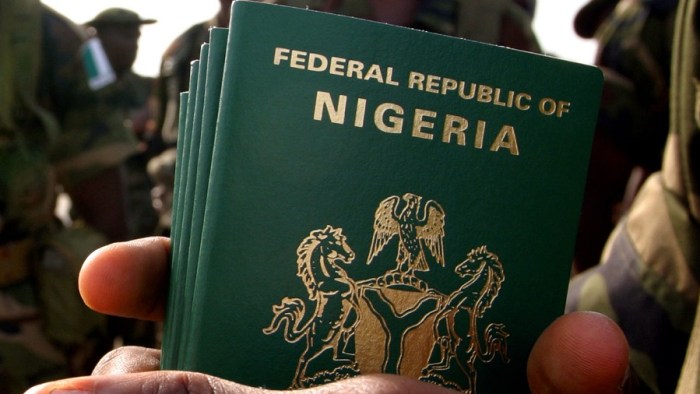 The Nigerian international passport has been ranked 103 (with 45 score) out of 116 in the world, behind African nations like Ghana (84), Liberia (99), Guinea, (94), Mail (94), among others. The ranking was based on the most travel-friendly passports across the globe.

This was confirmed in the latest report released by London-based global citizenship and residence advisory firm, Henley & Partners, which was seen by on Saturday. The firm’s Henley Passport Index is based on exclusive data provided by the International Air Transport Association (IATA).

While Japan, Singapore, European Union nations and US dominated the top 10 slots with between 192 -182 scores, North Korea, Somalia, Pakistan and Syria among others led the scores from the bottom with less than 40 scores.

EU countries dominate the top of the list as usual, with Austria and Denmark in fourth place and France, Ireland, Netherlands, Portugal, Sweden in fifth place.

New Zealand, which announced this week that it was moving away from its Covid-19 elimination strategy in favour of a vaccine certificate system, is in sixth place alongside Belgium and Switzerland.

The United States and the United Kingdom, which held the top spot together back in 2014, are now more modestly placed in the rankings. They are ranked 7th, alongside the Czech Republic, Greece, Malta and Norway, with visa-free or visa-on-demand access to 185 destinations.

Australia and Canada are in eighth place, Hungary is ninth, and Lithuania, Poland and Slovakia have together broken into the No.10 spot, with a score of 182.

Worst passports to hold
The countries in this category have visa-free or visa-on-arrival access to fewer than 40 countries. They are:

The Henley Passport Index covers 227 travel destinations. It is updated in real-time throughout the year, as and when visa policy changes come into effect.