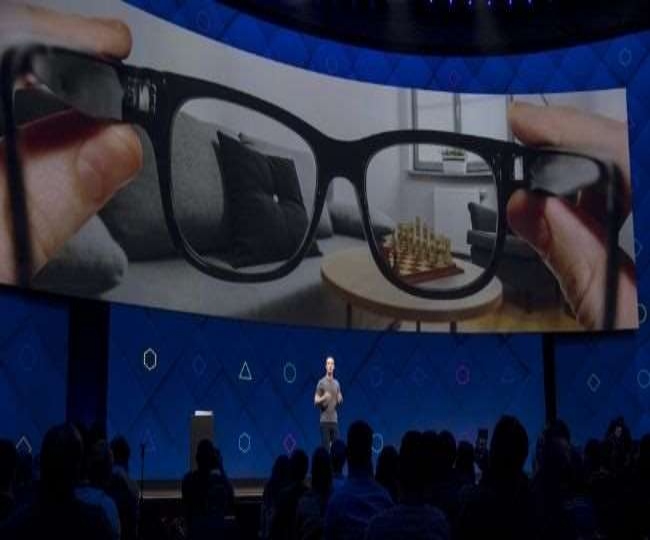 Facebook is joining the connected fashion field and adding a new product to its hardware lineup: smart glasses.

The social media giant announced Thursday that it is launching Ray-Ban Stories, a line of glasses in partnership with EssilorLuxottica that allow people to take calls, listen to music and capture videos and photos to post online.

The gadget is the newest effort by a major tech company to break into what has been a challenging niche, coming after Snapchat’s Spectacles, released in 2016, and Google’s Glass, released in 2013.

But Facebook has maintained in recent years that the future of social media and the internet will be about breaking down any barriers between real life and the connected world, with CEO Mark Zuckerberg promoting the company’s efforts to push into virtual reality.

The new glasses do not have virtual reality capability, but they are aimed at reducing those barriers.

“So many of our experiences we’re given this choice of either living in the moment and enjoying it or memorializing that moment, staying connected with others, and we believe this is fundamentally a false choice,” said Matthew Simari, director of product at Facebook’s Reality Labs. “And our goal is really about helping people stay more present and connected.”

The glasses, which cost $299, go on sale Thursday. They include dual 5-megapixel cameras, speakers on each temple that can be used as open-air headphones, a capture button, a touchpad, a power button and a trio of microphones. The device is compatible with Facebook Assistant, giving users the opportunity to capture moments through voice command and make others around them aware of what is happening.

Simari said the hands-free technology feature, in addition to high-contrast frame colors and an LED light that turns on when the camera is activated, is “really critical to giving the people around you agency to understand what’s happening and be as in control as you are in that situation.”

He further emphasized the new device’s themes of privacy, trust and transparency by adding that “the data that Facebook collects is really about just making sure that the glasses are functioning properly.” For example, that includes information like errors and crashes, log-in information and battery status. Separately, users have the option during initial setup to opt in or out of additional sharing for other data, like the number of photos taken.

With their new glasses, users will be able to share the content they capture to apps like Facebook, Instagram, Messenger, WhatsApp, TikTok and Snapchat. The glasses have Bluetooth technology for those who want to make calls and listen to music or podcasts.

Ray-Ban Stories, which come with a portable charging case, are available in three styles: Wayfarer (or Wayfarer Large), Meteor and Round. The smart glasses are similar in structure to their originals, weighing only 5 grams more than a tech-free pair of Wayfarers.

“We are not building technology that just happens to look like glasses. We’re building glasses that happen to have technology,” Simari said.

Facebook’s hardware roster already includes its Oculus Quest virtual reality system and the Portal video calling smart screen. Zuckerberg touted the release of the smart glasses in an earnings call in June, telling analysts and members of the media that he was excited “to continue to make progress on the journey towards full augmented reality glasses in the future.