Home News IPOB Sit At Home: Only 37% of Youths Support Sit At Home... 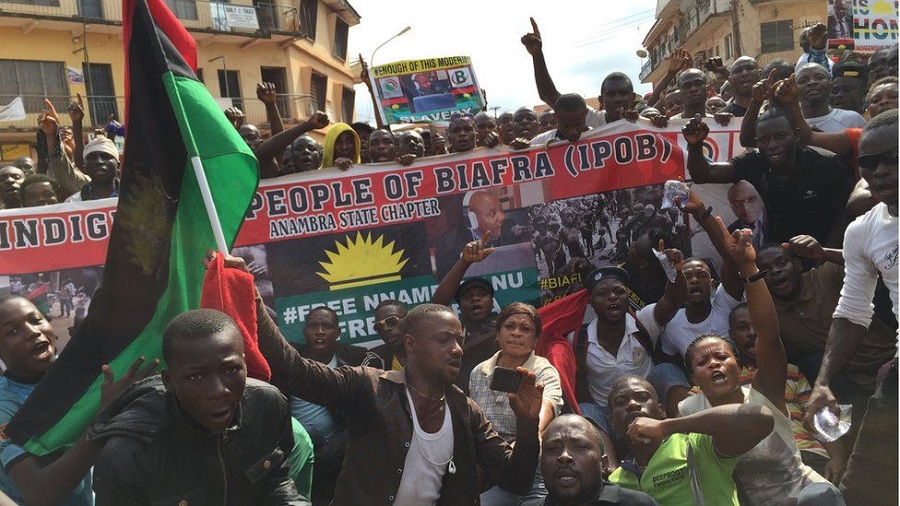 This was disclosed in a report by socioeconomic research firm, SBM Intelligence on Thursday, they added that the highest support for the Sit-at-Home order comes from people older than 50, at 57%.

What the report said

“As part of its efforts to see its ambition to secede from Nigeria through, the Indigenous People of Biafra (IPOB) has been employing sit-at-home protests in the South-Eastern region of the country. These have been carried out at specific times for different reasons, such as protesting the arrest of its leader, Mazi Nnamdi Kanu by the State Security Services in 2015, or celebrating the Biafra Day, in commemoration of the declaration of the secessionist Republic of Biafra, an event which sparked off Nigeria’s civil war on 30 May 1967,” the report said.

They added that following Nnamdi Kanu’s forced return to Nigeria in the last week of June 2021, IPOB ordered a sit-at-home protest to start on Monday, 8 August 2021, and to hold every Monday in the region. The reason for this sit-at-home was to protest Kanu’s detention and to force the government to release him.

“With this level of violence, it has been unclear if the level of compliance with the sit-at-home order is a reflection of the support that IPOB enjoys within the South-East or if it was due to fear of the repercussions of disobeying the order as alleged by an increasing number of voices from the region. To this end, in the week between 20 and 26 August 2021, SBM Intel conducted a survey in the region and spoke with a few experts who have not been named for their safety,” SBM said.

The report added that the survey was held across the five states in the South-East geopolitical zone to ascertain the level of compliance of residents.

They also added that all field researchers received warnings to desist from the survey with the most severe warnings in Anambra and Enugu states. The warnings in Anambra escalated to threats to life, which was responsible for the state failing to meet its target number of respondents.

Highlights of the report from the survey

Ebonyi state was the most affected economically by the protest with as many as 84% of the respondents admitting so, followed by 74.42% of respondents in Enugu, they stated.

Abia state had the least disruption to economic activity with only 42% of respondents affected by the protest, they said.