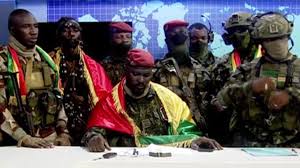 Special forces who seized power in Guinea on Sunday, capturing President Alpha Conde, announced a nationwide curfew “until further notice” as well as the replacement of governors by the military.

The junta also said in a statement read out over national television that it would convene Conde’s cabinet ministers and other top officials at 11:00 am (1100 GMT) Monday in the capital Conackry.