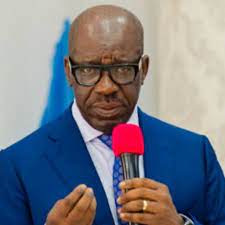 The Edo State Government and the Bank of Industry (BOI) have unveiled a Micro, Small and Medium Enterprise development fund worth N2bn to support entrepreneurs in the state.

The fund was launched during a citizens’ engagement session organised by the Edo State Skills Development Agency, held at the Government House, in Benin City, according to a statement by the state government.

According to Governor Godwin Obaseki, the initial amount for the launch of the fund is N2bn, of which the state government provided N1bn, while BoI provided the other N1bn at an attractive interest rate.

Speaking at the event, Obaseki said, “In addition, we have a N165m fund, as part of the first tranche from the Edo State Government. It will be made available to small businesses, which are currently domiciled in our production hub, to support and encourage them to grow their businesses.

“BoI has the capacity and resources to support this kind of programme. From this fund, we estimate that we can impact as many as 50,000 businesses in Edo State. We have other facilities with other institutions like the Central Bank of Nigeria. This is a start-up fund, as we expect it to continue to grow: If you start with N50,000, now and when you do well tomorrow in your business, you will need N200,000.”

The Managing Director/Chief Executive Officer, BoI, Mr Olukayode Pitan, was quoted as saying, “This MSME fund is aimed at providing business loans to enterprises located within the state, while the second fund is the N165m Edo Production Hub Fund, financed by the Edo State Government.

“The Edo Production Hub Fund is managed by the BoI and is to support businesses located within the state-owned production hub.”