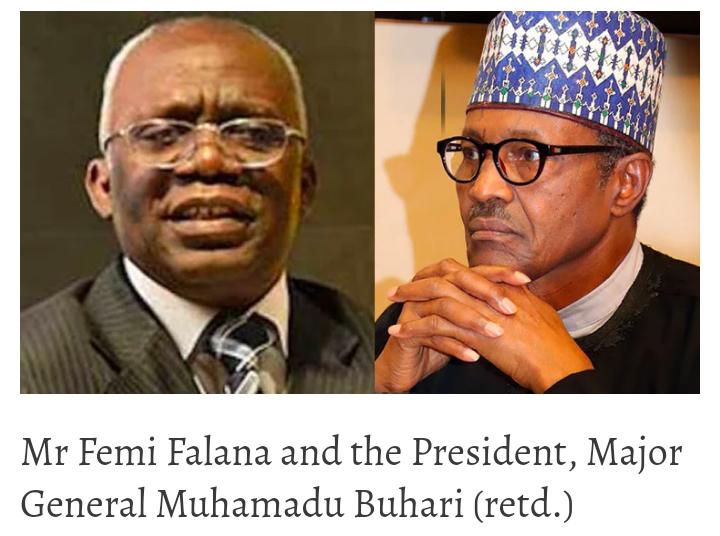 Human rights lawyer, Mr. Femi Falana (SAN), has written a letter to the President, Major General Muhammadu Buhari (retd.), requesting that the pardon given to repentant Boko Haram members be extended to 70 soldiers convicted for mutiny during the Goodluck Jonathan administration.

Falana said this in a letter dated August 25, 2021 titled, ‘Request to Grant Pardon to 70 Convicted Soldiers’.

The activist recalled that in prosecuting the war on terror, the Federal Government deployed thousands of ill-equipped and ill-motivated members of the armed forces to the North-East region to fight the well armed insurgents from 2013 to 2014.

He said in the course of defending the country the troops demanded arms and armament from the military authorities but they were punished.

“Instead of attending to such legitimate demand, the military authorities accused scores of the soldiers of sabotaging the counter insurgency operations of the Federal Government and proceeded to set up courts-martial to try them for mutiny.

He added that in convicting the 70 soldiers, the courts martial failed to appreciate that the demand for weapons by the soldiers was justified under section 179 of the Armed Forces Act, (Cap A20) Laws of the Federation of Nigeria, 2004 which permits a soldier, rating or aircraftman to make a complaint to his commanding officer and that he shall not be penalised for having made a complaint so far as the complaint does not contravene any provisions of the Act.

The senior advocate called on Buhari to grant full and unconditional pardon to the 70 convicted soldiers pursuant to section 175 of the constitution.

He recalled that even the then National Security Adviser, Col. Sambo Dasuki (retd); and the Chief of Defence Staff, Air Marshal Alex Badeh, later admitted that the troops did not have enough weapons.

Falana noted that a probe instituted by Buhari revealed how over $2.1bn meant for weapons was diverted by the top military brass, evidence that indeed the 70 soldiers were justified in their demand for weapons.

The letter further read, “Notwithstanding the pendency of the appeal at the apex court we urge Your Excellency to exercise your prerogative of mercy in favour of the entire 70 convicted soldiers.

“It is public knowledge that the Federal Government and some state governments have recently granted pardon and rehabilitated hundreds of terrorists who had waged war against Nigeria and subjected unarmed citizens to egregious human rights abuse.

“The soldiers who were convicted of mutiny for demanding for weapons to fight such terrorist deserve to be granted pardon and rehabilitated by the Federal Government.”