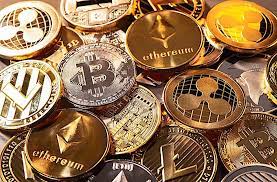 Guests at the Swiss-based Chedi Andermatt hotel can now settle bills up to 200 Swiss francs using Bitcoin or Ether, according to a recent report by Blick. As of right now, prices appear to be set in fiat to reduce volatility, with any cryptocurrency immediately converted into francs by the hotel.

“In the hotel industry, cryptocurrencies have also long had a future,” said Jean-Yves Blatt, General Manager. “Due to the popularity of cryptocurrencies, we are proud to be the first Swiss hotel to accept cryptocurrency payments as a safe and secure way to pay for their stay.”

Chedi Andermatt was opened in 2013 and offers 123 rooms and suites for as low as 1,300 francs per night during the high season, or roughly 0.03 BTC or 0.45 ETH. In addition, Coinmap indicates that a vacation rental nearby is also accepting BTC.

The Swiss have long been friendly to crypto users, even when many businesses have begun to adopt digital assets. Zug, the Swiss canton that is known as “Crypto Valley” is home to many blockchain and crypto companies and tokens are widely accepted. A Zug official announced that for the first time in February, residents would be able to pay taxes in cryptocurrency.

Meanwhile, at the time the report was drafted, the global market cap was $2.01 trillion, a 0.70% drop since the previous day.