Home News Robinhood Sets Eyes On $35 Billion Valuation Despite The Pains Of Other... 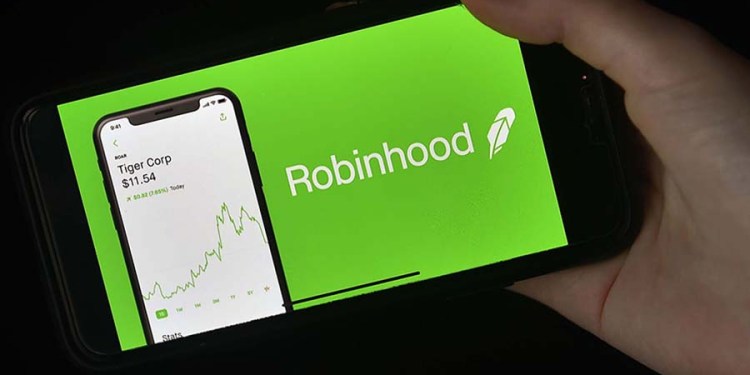 Robinhood, the popular US trading app that has sparked interest in meme stocks like GameStop and AMC Cinemas, as well as for cryptocurrencies like dogecoin, is planning to list on the New York Stock Exchange for up to $35 billion (£26 billion). With the terms chosen for its first public offering, the company is asking investors to bet against recent performance history and “ignore pain in other massive IPOs.”

In a stock market filing on Monday, the online brokerage, whose purpose is to “democratize” investing, unveiled the details of its initial public offering plans, paving the way for one of the year’s most anticipated IPOs.

During the coronavirus outbreak, the app saw a big rise in young individuals joining the site and starting to trade shares, with many of them buying meme stocks like GameStop. Robinhood was chastised after it halted trading during a jump in GameStop’s stock as it struggled to meet demand.

If Robinhood hits its $35 billion valuation goal, it will have tripled its worth since September 2020, when it was valued at $11.7 billion in a private equity transaction. According to the corporation, the shares would be valued between $38 and $42.

Vlad Tenev and Baiju Bhatt, roommates at Stanford University, established Robinhood in 2013. According to the filing, they will have a majority of the voting rights after the offering, with Bhatt holding around 39% of the voting power of outstanding stock and Tenev 26.2 %.

Robinhood will be the fifth US IPO to raise at least $2 billion this year. It plans to list on the Nasdaq under the ticker symbol “HOOD” and is expected to go public by the end of next week. According to statistics provided by Bloomberg, the other six companies that also hit that level are trading 1.4% below their offering prices on average.

Despite outperformance by large-cap stocks during the same time period, the biggest IPOs are underperforming. The Russell 2000 Index was up 7% this year, accounting for roughly half of the S&P 500’s 13% increase.

This downturn isn’t caused by a single deal as AppLovin Corp. is currently selling at a 25% discount to its April 15 IPO price. Didi Global Inc. and Playtika Holding Corp. are both down 28.78% and 27.32% respectively at the time of writing this article. Shoals Technologies Group Inc., Coupang Inc., and Bumble Inc. are all trading above their initial public offerings (IPO) prices, but significantly below their first-day highs.

YOU MAY ALSO LIKE:   Ransomware: Hackers Demand $50 Million In Crypto From Saudi Aramco

The institutional investors that participated in these IPOs were, for the most part, the ones who bore the brunt of this weakness. According to a regulatory filing, Robinhood plans to sell up to $770 million of its IPO to the retail traders that make up its user base.

Robinhood’s retail investors will be exposed to unusually early releases of lockup agreements that would normally prevent insiders from selling out of the gates after buying an unusually high proportion of the IPO. If Robinhood performs as poorly as the year’s other major launches, these unorthodox provisions render retail investors more susceptible than normal.

Robinhood’s lead underwriters include Goldman Sachs, Barclays, Citigroup and JPMorgan, among other banks.

YOU MAY ALSO LIKE:   Panic In Abuja Over Fresh Security Threat

Robinhood revealed that its trading volume was high in January and February, but had fallen by the end of the second quarter of 2021, according to a revision to its Form S-1 filed with the US Securities and Exchange Commission on Monday. The trading app forecasts lower income in Q3 2021 “as a result of decreased levels of trading activity relative to record highs in trading activity, particularly in cryptocurrencies.”

According to the trading app, transaction-based earnings collected from crypto transactions accounted for 17% of overall revenue in Q1 2021, up from 4% in the previous quarter. In the first quarter of 2021, Robinhood announced that more than 9.5 million consumers transacted nearly $88 billion in crypto, and it has $12 billion in crypto assets under custody as of March 31.

YOU MAY ALSO LIKE:   Opinion: Why You Should Buy Bitcoin, Ethereum After Losing Half Their Value

Furthermore, Dogecoin (DOGE) transactions accounted for 34% of this quarter’s revenue as the token’s price soared dramatically in late January before reaching an all-time high of more than $0.68 on May 6. Hence, if the markets for Dogecoin deteriorate or if the price of Dogecoin decreases without matching demand for other tokens on the app, its business might suffer.