Home Business Kuwait Has A $700 Billion Life-After-Oil Fund, What Does Nigeria Have? 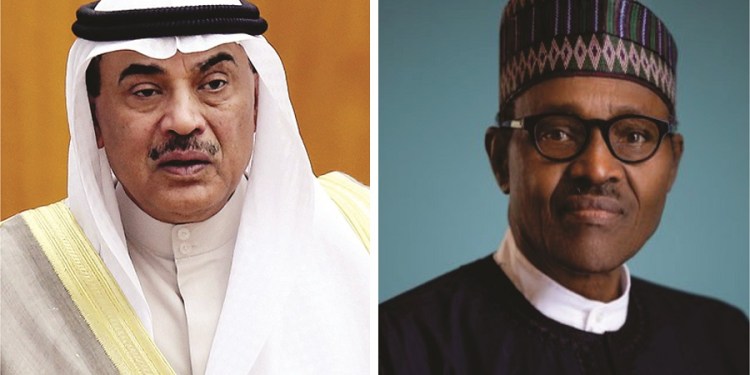 A significant contrast to what fellow oil producers, Kuwait reportedly have in their $700 billion ‘Life-After-Oil” fund. It is interesting to know that this fund is separate from the $41.7 billion dollars in their foreign reserves as of March 2021.

This Future Generations Fund, which is managed by the Kuwait Investment Authority, has more than 50% of its investments in the U.S. and a high level of exposure to the equity markets.

The idea behind the Future Generations Fund is to acquire stakes in long-term investments and assets to provide savings for future generations of citizens.

YOU MAY ALSO LIKE:   Diaspora Nigerians Switch Away From Real Estate As Depreciating Exchange Rate Erodes Returns

Nigeria is living paycheck to paycheck with low savings but high debt for future Nigerians.

Using 2050 for the population forecast as the IEA is targeting Net-zero emissions (with less reliance on oil) by 2050.

Background of the Sovereign Wealth Fund in Nigeria

Earlier in the decade, Nigeria was one out of three OPEC member states with no sovereign wealth fund. The then Finance Minister, Ngozi Okonjo-Iweala, who currently serves as the Director-General of the World Trade Organization, advocated for a sovereign wealth fund which would have three aims: saving money for future generations, providing financing for badly-needed infrastructure, and providing a stabilisation fund to defend the economy against commodity price shocks.

YOU MAY ALSO LIKE:   Osun Governor Oyetola Pays N708 Million For Pension Arrears

Although the Sovereign Wealth Fund idea faced severe opposition from state governors, it eventually came to fruition. The SWF protects savings better than the ECA (Excess Crude Account) which at that time had been raided and depleted from $20 billion to $1 billion.

The Federal Government has to make conscious efforts to secure the future of the Nigerian citizenry. A tripartite solution is needed:

YOU MAY ALSO LIKE:   The Man Who Wants To Give Everyone On Earth Free Cryptocurrency

The fact that the Nigerian federal government has spent a total of N1.8 trillion on debt servicing in the first five months of the year, which represents about 98% of the total revenue generated in the same period is quite alarming.

Nigeria also has to find alternative sources of revenue to allow foreign inflow from oil earnings flow to the SWF without affecting budget financing. Diversification of resources should be on the front burner of the country’s economic plan.

The population forecast of 400 million should ring alarm bells to those at the National Assembly and Aso rock. Urgent population policies are required to fix this issue.

Ever since the Nigerian government put out a population policy in 1988 themed “Four is Enough,” nothing else has been put in place in this regard. The policy which sought to reduce fertility from the 6 children/family to an average of 4 children/family needs to be reviewed to “Two is Enough.”