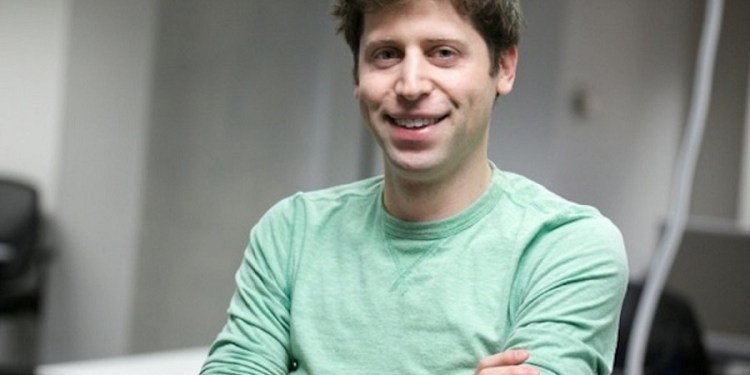 Sam Altman has a new startup that intends to give a special type of cryptocurrency called “Worldcoin” to every person on earth but there is a catch, you have to get your eyes scanned first.

The Publisher Nigeria learnt that Sam Altman, the former head of Y Combinator, is one of three founders of the company named Worldcoin, which claims to have designed an orb-shaped device that would scan a person’s iris to construct a unique personal identifier.

Sam Altman has had a busy career. He left Y Combinator to pursue work in artificial intelligence at OpenAI, a research company he started in 2015 with Tesla’s CEO, Elon Musk. They parted ways two years ago over disagreements about OpenAI’s plans. A few months later, the company raised $1 billion from Microsoft as part of a partnership where the software giant would be the exclusive provider of its cloud computing services.

Sam Altman said in an interview with Bloomberg that he conceived the idea of the company in late 2019. The company intends to use cryptocurrency to spread money around equitably. He said the idea was inspired by the trendy economic theory known as universal basic income.

Sam Altman was the first investor in Worldcoin and has no role in day-to-day operations but mainly serves as an adviser to the company when needed. He stated, “I’ve been very interested in things like universal basic income and what’s going to happen to global wealth redistribution and how we can do that better.”

The head of the company is Alexander Blania, a former student of theoretical physics at the California Institute of Technology. He co-founded Worldcoin with Sam Altman and Max Novendstern, who has previously worked at Ray Dalio’s investment firm, Bridgewater Associates LP and money-transfer startup, Wave.

Alexander Blania said that Worldcoin is still preparing for a formal unveiling, but for now, the startup is evaluating what it might take to one day get cryptocurrency to as many people as possible.

“So many people around the world don’t have access to financial systems yet and Crypto has the opportunity to get us there,” Blania stated.

The company is backed by Andreessen Horowitz, the venture capital arm of Coinbase; LinkedIn founder, Reid Hoffman; and Day One Ventures. It recently raised about $25 million from investors.

Worldcoin aims at “a new global digital currency that will launch by giving a share to every single person on earth.” The company aims to help economies transition to cryptocurrencies “through a novel approach: a dedicated hardware device ensuring both humanness and uniqueness of everybody signing up while maintaining their privacy and the overall transparency of a permissionless blockchain.”

Alexander Blania described the device as a silver-coloured spherical shaped device, that is as large as a basketball, to be used to scan people’s irises to ascertain their unique identities. He mentioned that Worldcoin has already started testing the orb on a small scale in various cities.

The Worldcoin cryptocurrency itself is not yet ready for distribution but the company is currently offering volunteers other types of digital coins, such as Bitcoin, in exchange for scanning their eyes and giving feedback on the process.

Blania stated that the company has fewer than 20 prototypes in circulation around the world. He explained that a prototype orb costs about $5,000 to make, but the price will decline steeply as the company refines the process. Worldcoin will eventually be headquartered in San Francisco, though its employees are currently scattered because of the coronavirus pandemic.

Iris-scanning is an essential part of the plan because it can prevent people from trying to register multiple times to defraud the system. He’s also aware of the privacy implications of handing over biometric information to a tiny startup and said Worldcoin will make the process as transparent as possible so users can see how the data is used.

Blania said the iris scan will produce a unique numerical code for each person and that the image is then deleted and never stored.