Home News US: Ivanka Trump ‘Tried To Muscle In On Melania’s Duties And Poach... 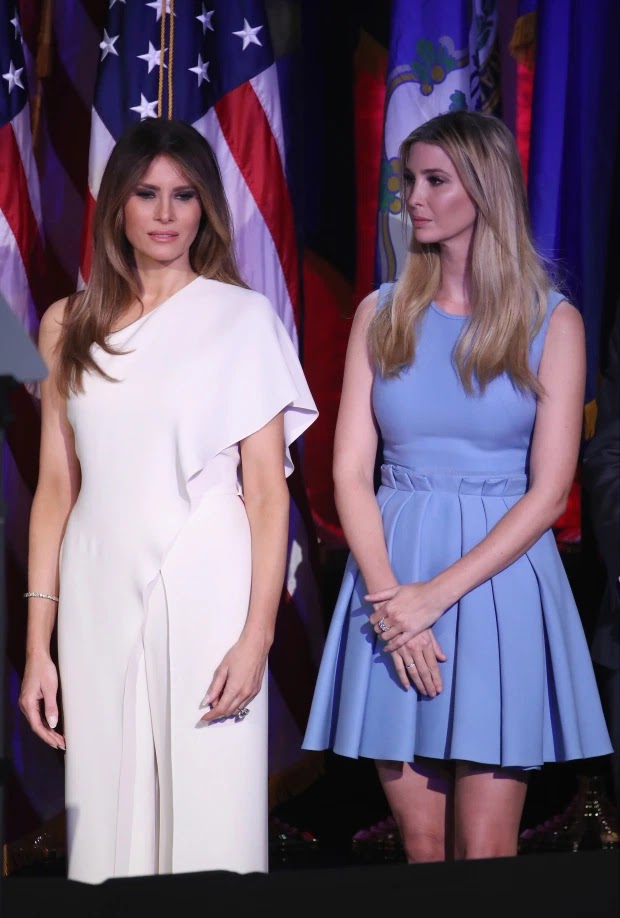 Ivanka Trump has been accused of trying to muscle in on First Lady Melania’s duties and poaching staff as the first daughter has been dubbed “Donald in a suit.”

Stephanie Winston Wolkoff made the accusations during The Daily Beast’s podcast The New Abnormal with Molly Jong-Fast & Rick Wilson, which aired on December 18.

The podcast was recorded more than three months after Wolkoff released an explosive tell-all book – Melania and Me: The Rise and Fall of My Friendship with the First Lady – on September 1.

During the podcast interview, titled Inside the Ivanka-Melania War, Wolkoff recalled the first few days of the Trump administration in 2016.

The ex-friend of Melania Trump claimed the first lady “didn’t come to DC that week – but Ivanka stayed and Donald stayed there.”

When questioned whether Ivanka was “dumb” or “evil,” Wolkoff revealed she thinks “it’s a mixture.”

The former aide said: “Listen, I say it as it is. I think it’s a mixture. I really do. I think that Ivanka is Donald in a suit, right? All of the Trumps are taught to be Trumps.

“They don’t show emotion. A Trump is a Trump because they are authentically and unapologetically skin deep, and also self-serving.

“And their attitudes and disrespect for each other is again, you have to get any inside to see it.”

She then went on to talk about how Ivanka “impinged on Melania’s duties while overstepping her rank and boundaries.”

The former senior adviser to First Lady Melania even went as far as calling the president’s 39-year-old daughter “the serial poacher.”

Wolkoff explained: “And I mean that, in a sense like she poached individuals that we were for the East Wing, that we were vetting to have–Kayleigh McEnany, Mercedes Schlapp.

“I mean, these were people Melania was looking to bring in. We called [Ivanka] the serial poacher.”

The Sun reached out to the Trump campaign for comment but did not hear back.

During the podcast chat, Wolkoff added: “It was deceptive. But you don’t go and hire people that the first lady’s looking to bring in.

“The princess wanted to render Melania irrelevant. And you know, Melania refers to them as ‘snakes’ – Jared and Ivanka – and they’ll do anything to get what they want. And they do.”

A second part of the talk with Wolkoff will air next week.

The Daily Beast revealed the soon-to-be revealed talk will reveal “previously-unheard tapes of Wolkoff and Melania.”

When Wolkoff’s tell-all memoir was released in September, it was revealed that Melania called her stepdaughter Ivanka “princess” and tried to block her from inauguration photos, according to the book.

As per the book from Melania’s former BFF, Melania asked her adviser to make sure she wasn’t attending the same presidential inauguration events as Ivanka.

Wolkoff also claimed in the book that Melania refused to wear the same designers that Ivanka would wear.

The expose sees Ivanka, 38, dubbed “princess” and a “snake” by her stepmother Melania, 50, who suspected the blonde businesswoman was intent on becoming the real first lady.

Wolkoff joined the White House as an unpaid adviser to Melania until her role in inaugural spending and security clearances came into question in February 2018.

Wolkoff alleges she was told privately that her firing had nothing to do with inaugural spending.

Betrayed that Melania didn’t defend her, and questioning how the funds went missing, Wolkoff says she began documenting everything to protect herself and even went on to participate in inaugural spending investigations – leading up to the creation of her tell-all memoir.